Apple wants in on social video sharing — just not with its own social network.

Clips – the new app created by Apple which is due for release very soon! Apple have announced their new app and we are getting excited.

Apple have just announced a new Apple-made app called Clips, which borrows features from Snapchat, Instagram, Vine, Prisma, iMovie, and Qwiki. Putting them all into a video-making mobile app that’s completely separate from Apple’s default camera app on iPhone and iPad. The new app has been a long time coming since it was first reported being developed over a year ago. It’s still not a social network all by itself, but the Clips app shows that Apple is eager to remain a part of the conversation in the social messaging world. 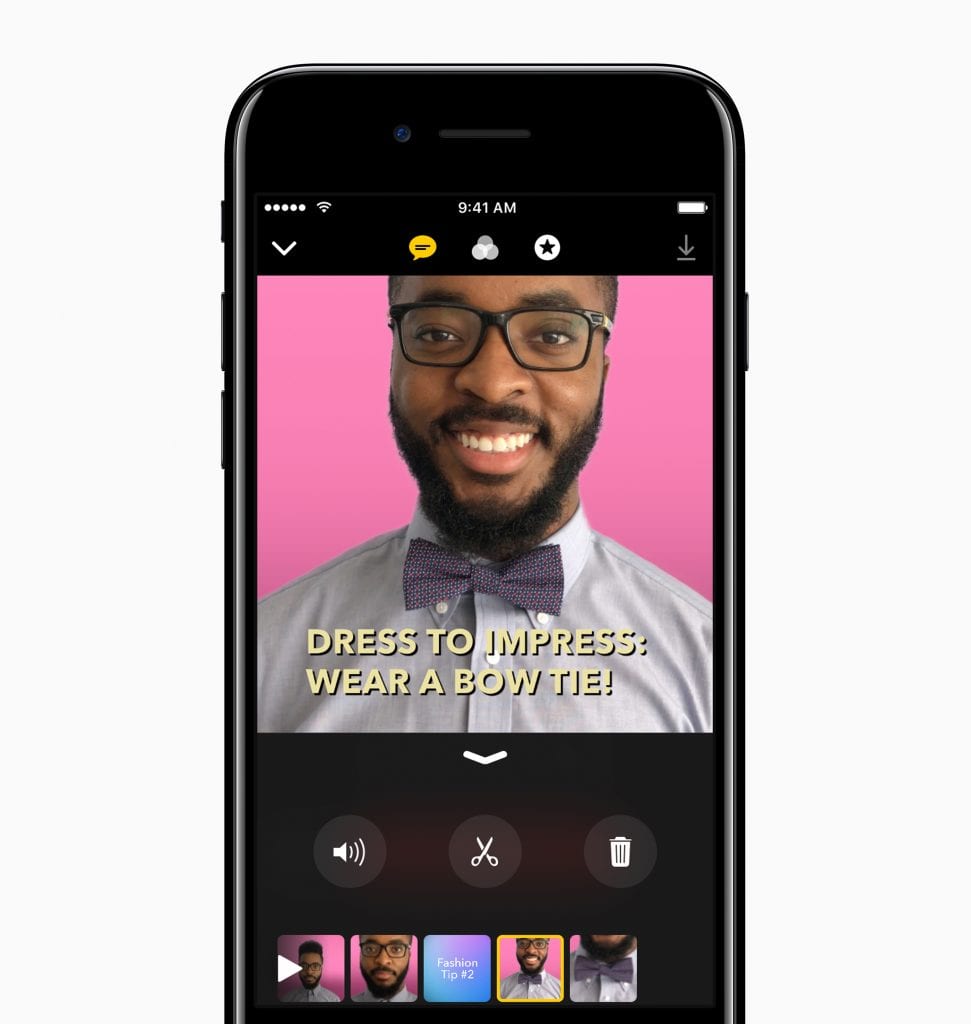 Clips is for making and sharing fun videos with text, effect, graphics and more.  The user can capture a video on the spot or upload a video or image straight from you library. A cool new feature for Apple to brag about – (if executed well), is Live Titles. Live Titles is a way to add text over the images with the users own voice. A feature such as live titles replaces the need to add text to your images using a text box and typing in manually.

Filters have also been added to his app as well as emojis, overlays like speech bubbles or arrows. The user can add Posters to the clip so it can have a front or back page to a ‘How to’ video for example.  The app allows the user add their own personal touch adding music which will adjust to the length of the clip.

Some of the features in the app people may be familiar with already. Including filters, basic text, contextual elements such as emojis, time of the day and iTunes music tracks. The user will be able to string together a series of photos or video clips into a timeline. Videos can be made to go for up to 60 minutes as a time.

Clips is so smart it has facial recognition which will be familiar to those who use ‘Faces’ on a Mac or iPhone/iPad. This feature will give suggestions on who to send the clips to in iMessage based on who appears in it. Sharing is also easy using clips as it lets the user share directly to social media platforms such as Facebook, Twitter, Instagram and Youtube.

Clips is a free app which is due to be released in April and it is only available to iOS users. Sorry Android users!

It is clear Apple are trying ever so desperately to keep up with the Jones’s here by attempting once again to keep in to loop in content sharing. The launch of this app follows unsuccessful attempts to do so with short lived features such as ‘connect’ in the music app. Clips will work well for users who find the default camera to basic and iMovies to detailed for the work they are trying to achieve. This app falls nicely between the two to suit everyones needs.

We love everything Apple here at Bottrell, our media team is especially excited to give this app a red hot go!

Will you be downloading this app? 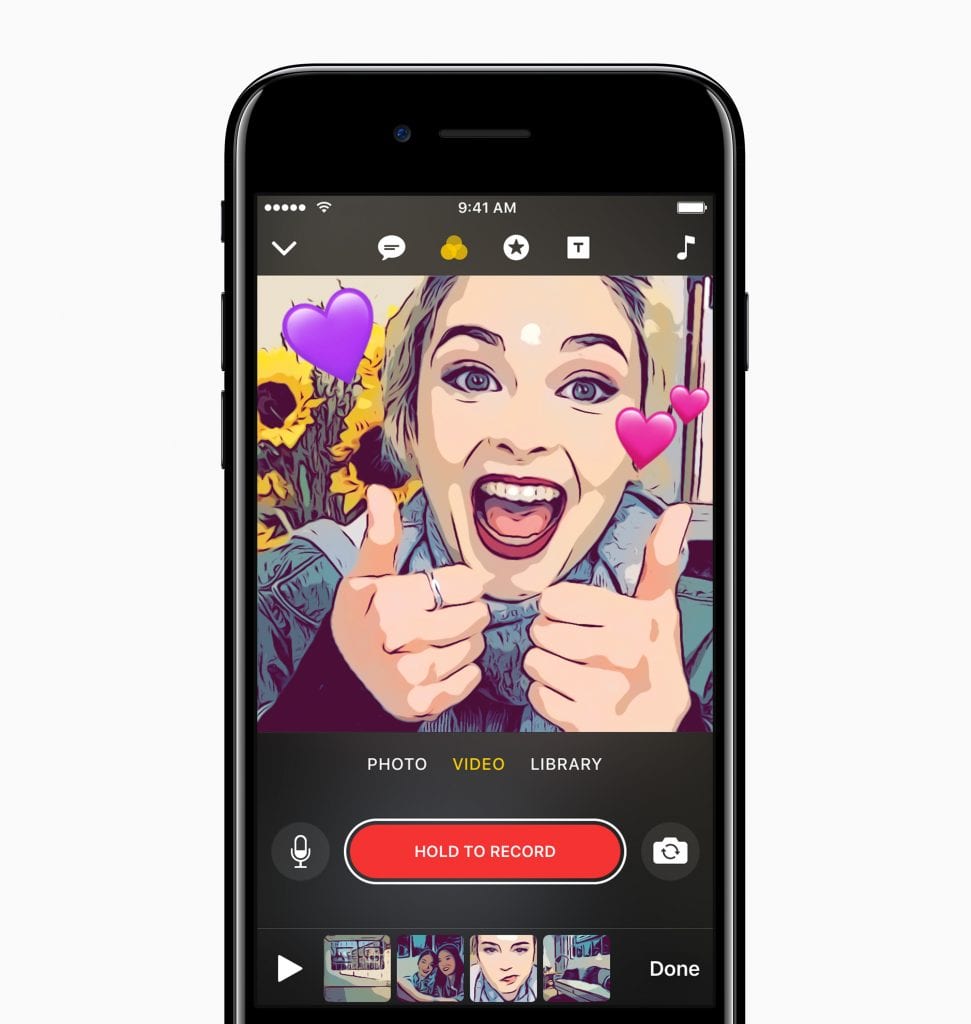