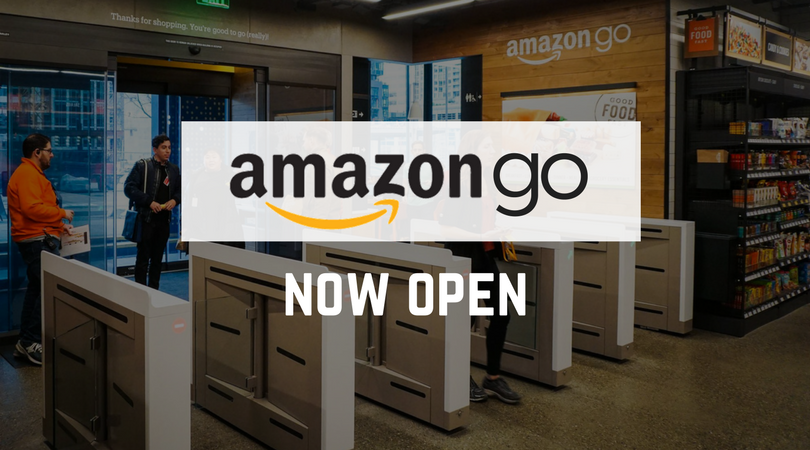 Amazon has done a fairly good job at explaining how the new system works. Basically, there are cameras and sensors located around the store, which detect when you  walk in and when you remove items remove items from shelves (and put them in your basket or put them back on the shelf), and then there are check-in kiosks near the entrance for scanning your phone to register your presence via Amazon Prime.

For some, Amazon Go seems like a bit of a gimmick, but I think it has a place in our future. You only have to think of last year, when Uber purchased a whole lot of driver-less cars, which they plan to roll out in the coming years. Following these trends, it makes you question whether these fast-moving, innovative giants are acting ethically in the way they are demolishing some jobs (I say that carefully). Sure they are creating new ones, for your tech crowd, but for people with limited knowledge and/or experience, are the jobs drying up as we move into a new period? For example, a lot of people’s first ever job is generally working on a checkout. In summary, I think the creation to losses of jobs ratio will even out, and for you to stay relevant on an individual level, you should always consider expanding your skill set at every opportunity and double-down on those skills that are poised as highly employable traits in the coming years.

Either way, Amazon has done what they do best, innovate. Some have questioned why the giant would make a move from online to offline, in a world that is increasingly online. There has been speculation whether this is just a marketing stunt. During the opening, a number of people weren’t charged for items – where they would then go and plaster their experience all over social media. It appears as a similar tactic which is used by Starbucks, where they deliberately misspell your name on the cup, so you place it on your story. When CNBC correspondent Deidre Bosa discovered she left the store without being charged for a cup of yogurt, she posted the error on Twitter. Amazon Go VP Gianna Puerini replying, ‘First and foremost, enjoy the yogurt on use’, and going on to say, ‘it happens so rarely that we didn’t even bother building in a feature for customers to tell us it happened’. The lack of care, may point it being a marketing stunt, or maybe it is just a coincidence!